6 Top Build Tools That Can Be Used In Frontend Development 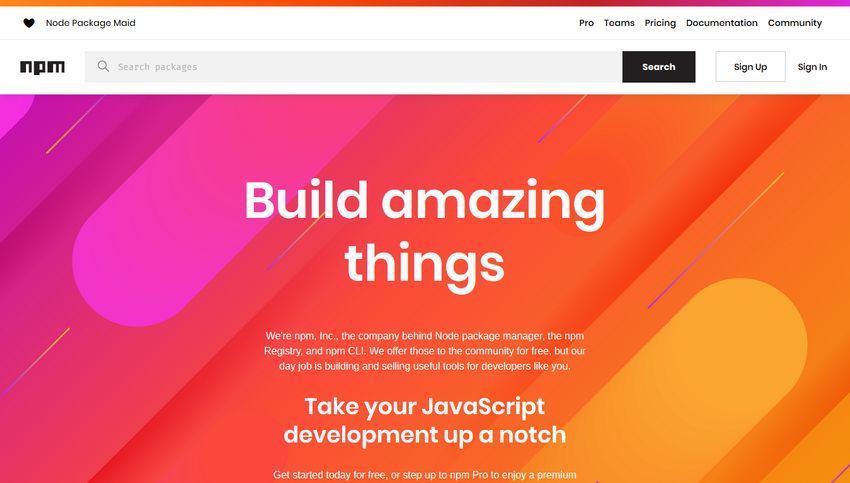 Yarn is basically a frontend package manager that can be utilized as a substitute for npm. Since Yarn is actually a Node.js package, you need to install Node.js ahead of utilizing Yarn on your computer. Thereafter, you simply require abiding by the installation guide to utilising to administer your frontend dependencies.

Even though npm is an awesome frontend development tool, you are going to discover that building packages through it occasionally requires considerable time. That is not an issue in case you do not have several dependencies for installing or do not utilize a package manager regularly. Although, in case you are having a massive usage, it can be a suitable option to explore and check out Yarn.

Yarn accelerates the build procedure by caching each package in order that you do not need to download your dependencies several times. Moreover, it even executes simultaneous operations in order to minimize build times additionally. 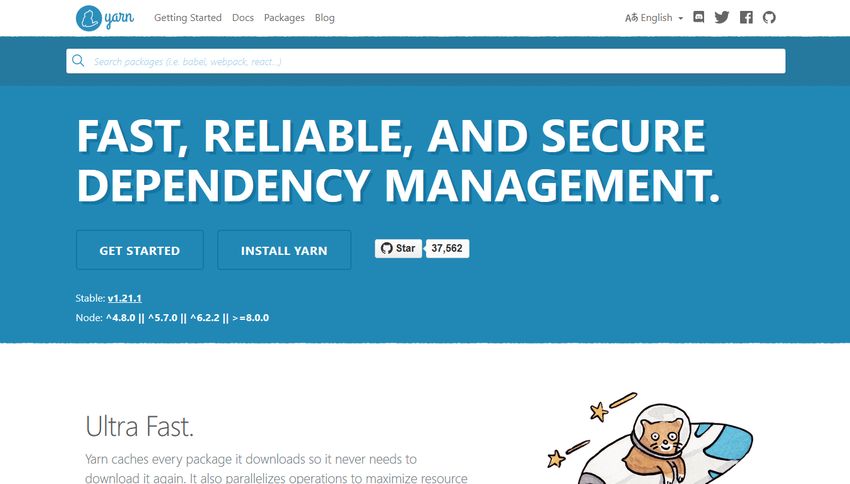 Grunt is basically a frontend task runner that enables automating recurring operations including testing, linting, minification and more. Task runners are distinct from package managers since you cannot utilize them for managing dependencies.  You simply require them in case you wish to conduct the same operation(s)/task(s) in each build procedure.

Since Grunt is actually a Node.js package, developers install it with Yarn, npm or different Node.js package managers. Furthermore, Grunt holds the customized/custom dependencies it requires to conduct your already defined operations within the package.json file. Tasks are within the Gruntfile that executes in each build procedure as well as automatically carries out each operation it comprises. 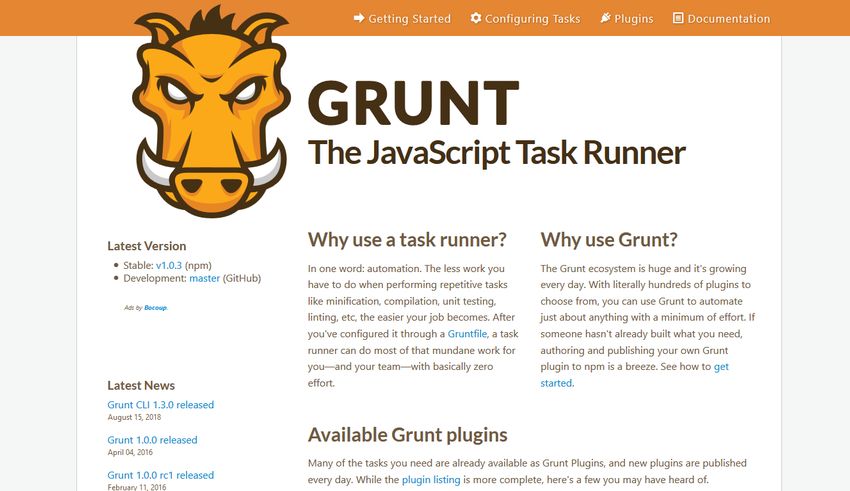 Gulp is an additional automated task runner. Alike Grunt, Gulp can be utilized for automating repetitive front-end operations including auto-prefixing, CSS preprocessing, image optimization, etc. It is actually a Node.js package, as well, that can be installed with Yarn and npm. Tasks can be defined in the Gulpfile and dependencies associated with your tasks can be configured in the package.json file.

The major dissimilarity with Grunt is that Gulp utilizes a highly effective automation approach that enables quicker build times. Grunt utilizes temporary files for processing the operations, Gulp carries out in-memory tasks devoid of writing to temporary files. Those in-memory tasks/operations are known as Node streams that are capable of saving plenty amount of time, particularly in case several tasks are wished to be processed at every build. 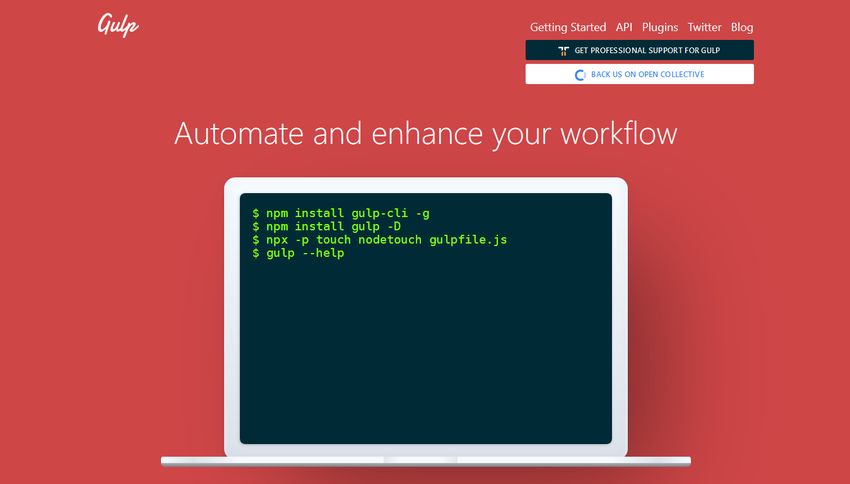 Browserify is basically a module loader that enables you to bundle and loads yours like a one JavaScript file in the browser of the user. Package managers like Yarn and npm are capable of loading modules on the server-side utilizing require the () function of Node.js. The function is meant for loading modules. Browserify carries the require () approach to the client-side, which can lead to a massive performance advantage.

Through Browserify, the web browser of the user requires to load simply one static JavaScript file that consists of the entire dependencies your project depends upon. Bundled JavaScript can be added like a <script> tag to the page. Although it is important to consider that Browserify is basically a node.js module as well as utilization of the CommonJS API (like npm), you can simply utilize it for loading Node.js modules and not different types of JavaScript (or different) files. 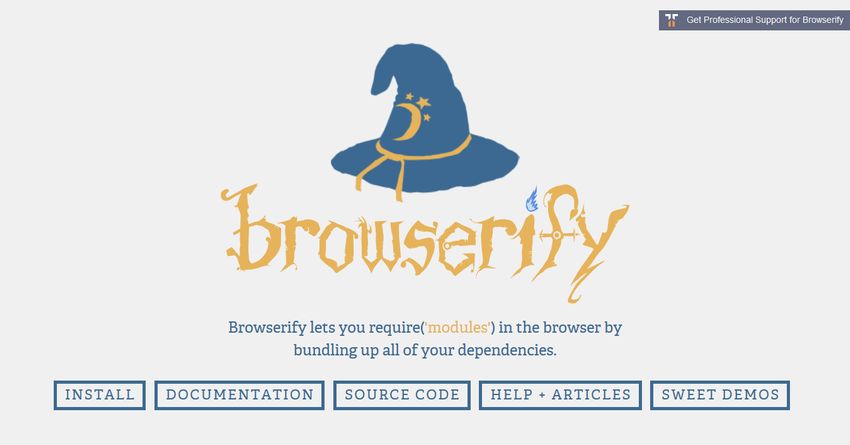 Webpack is another Frontend Development tool which is a high-tech module bundler that enables you to bundle the entire dependencies and get them to load like static assets in the web browser of the user. Browserify simply bundles Node.js modules, Webpack is capable of handling all types of frontend files including .css, .html, .js, .scss files, images and different assets.

Webpack can even bundle AMD and native ECMAScript modules. Webpack studies your project and develops a dependency graph. Thereafter, on the basis of the dependency graph, files and modules get bundled into single or additional static files that can be added to the HTML page.

Since Webpack is a Node.js module, it can be installed either with Yarn or npm package manager.

Webpack projects’ configuration takes plenty of time because of several options that allow correcting the project. But, Webpack 4, comprises a zero-configuration option that makes the build procedure automatic and defining the entry file is the only requirement. 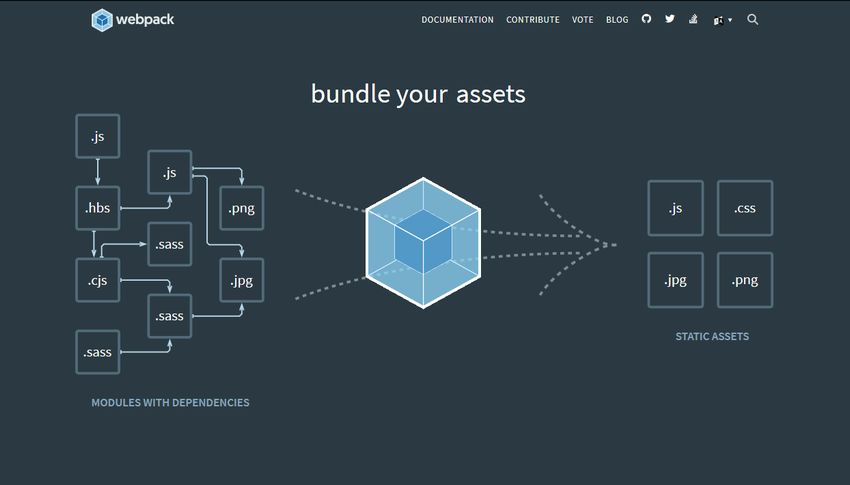 Through the application of front-end build tools, turn your development code into production-ready code that executes on a platform or device devoid of an issue. In this section,  we are exploring build tools that developers utilize in web projects, comprising module loaders/bundlers, task runners and package managers.

Along with the extensively used solutions, there are new tools that are consistently gaining popularity, including the pnpm package manager (a substitute to Yarn and npn), Rollup ES module bundler (like Browserify however bundles ECMAScript modules rather than CommonJS ones) and Parcel module bundler (a substitute to Webpack). In case you are looking for new solutions, these new tools can be checked out. Including new tools in your flow of work is capable of taking your development procedure to an advanced level.

Are you looking for a Frontend Developer expert? If so then, we have got everything covered. Also, get the best web development services here at Global Hunt Technologies.

When someone says save me the only reply from a graphic designer is in PNG or JPG. Tag a #graphicdesigner who can find this relatable.
#designmeme #memedesign #graphicdesignmeme #AgencyLife #Memes

You know the drill- Like Share and Save as your social media experts are here!😇Want Result-Driven SMO Services? Connect with us today! Tap on the link below- https://bit.ly/3NEg3QD
#socialmediamarketing #agencylife #SocialMediaManagement #DigitalMarketing

A well-executed user interface facilitates effective interaction between the user and the program, app or machine through contrasting visuals, clean design and responsiveness. So which one is better? Tell us in the comments below
#userexperience #uiuxdesign #uxdesign #uidesign

We are here to solve your problems with perfect solutions...